ISRAEL IN THE PURPOSE OF GOD: 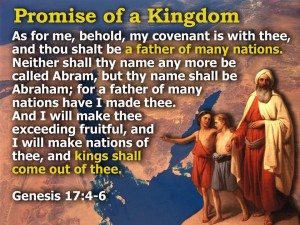 In this prophecy God says that Israel would live in a foreign land before returning to Canaan.  This prophecy concerns the time that Joseph was in Egypt, holding the position equivalent to prime minister.

“afflict them”   The Jews have been afflicted whenever they have lived in foreign lands.

Have you ever thought about the Jews?  They are an ancient people, who have lost their country and their nationhood 2,000 years ago, and yet have survived.

Numerous attempts have been made to exterminate them, from the Catholic Church at the time of the Crusades (1,000 AD) to the latest attempt – by Adolf Hitler.

But the Jew has stood at the graves of all his enemies.  This is all because of the ancient promise to Abraham.  Genesis 12:3  Notice the blessing for those who bless, and the curse on those who curse Abraham and his descendants.

The Holocaust produced an international conscience and, as a result, the United Nations voted to provide a homeland for the Jews (November 1947). The State of Israel began May 1948. 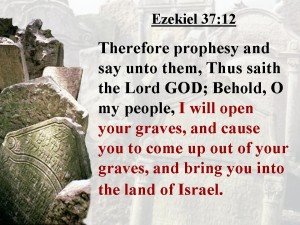 The return to the land

God’s intention with Israel is still relevant in New Testament times (Acts 3:25, 26).  The birth of Jesus Christ was related to the promises to Abraham (Luke 1:54,55).

Jesus said to his disciples “you will sit on twelve thrones judging the twelve tribes of Israel” (Matthew 19:28).  This shows that the nation of Israel has a future destiny.  Despite the wickedness of some Israelites, the promises remain secure and will include non-Jews who accept the truth of God (Luke 13:28, 29).

ISRAEL – CONSTITUTED THE KINGDOM OF GOD

How did their national destiny begin?

Israel was constituted a nation at Sinai – Here, God gave His people a constitution, a law, worship, and a destiny, ordering their daily life.  At Sinai, they truly became a nation.

“I brought you unto myself” – God had a special relationship and purpose with Israel.  He was now going to organise them.

“if you will obey my voice” & “peculiar treasure” – special treasure.  They would have pre-eminence in God’s purpose to bring all people back to God’s way.

“all the earth is mine” – how often we forget that God is creator and sustainer of life. God is the landowner, and He will require an account from us.

“kingdom of priests”  priest – mediator between God and man.  They were to minister to the rest of the world about God.

“holy nation”  “holy” means separate.  They were separated from the world to God.

The purpose of the Law:

Next Lesson:  The Promise to King David – God promised David a Royal Son to rule for ever.