The old hatred of Jews is rising again.  The 70th anniversary of the freeing of Auschwitz was held a few weeks ago, and now, Jews are being targeted in Europe. In recent days several Jewish graves were desecrated in a cemetery in Dunedin, New Zealand. 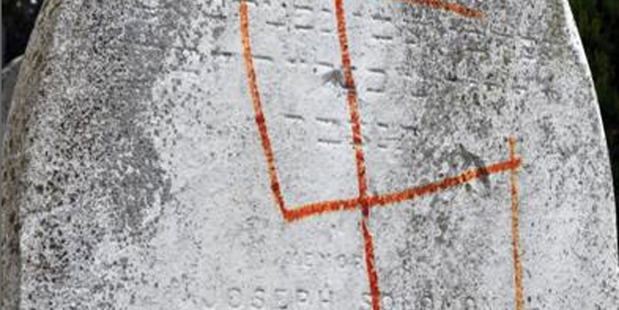 Anti-semitism, the historians tell us, began as hordes of Catholic Crusaders rampaged across Europe en route for the Holy Land to get control of the Holy Places from the new invaders from the East.

Israel was conquered and torn out of their land by the Romans in AD70. God said they would “find no ease among these nations” and have “a trembling heard, failing of eyes and sorrow of mind, and thy life shall hang in doubt before thee and thou shalt fear day and night and shalt have none assurance of thy life..” (Deuteronomy 28:65,66).

For all these years, the Jews silently submitted to discrimination and cruelty, until Napoleon gave them equal civil rights. Then slowly, amazingly, began the idea that perhaps they could be their own people once more. Post-World War II, the nations of the UN, conscience-stricken over the death of six million Jews, voted for Israel’s nationhood in November 1947.

Amazingly the tiny state defeated the first attempts at invasion, and are now a strong, independent nation – the only democratic country in the Middle East.

IT IS NOT OVER! Israel shall once more be invaded, and her people subjected to another holocaust when 2/3rds shall die in the land. “all nations will be gathered against Jerusalem to battle” (Zechariah 13:8,9; ch 14:1-3). This time the Lord will intervene, defeat the nations, put the world in fear and trembling with a massive earthquake and then set up his rule over all the earth (Zechariah 14:4-9, 16).