Gallipoli is now being remembered 100 years after the event. The invasion of Gallipoli was an attempt to get control of the seaway and so relieve the Russian army with supplies, and by opening another fighting front, deflect some German forces away from Europe. It was a dreadful failure. 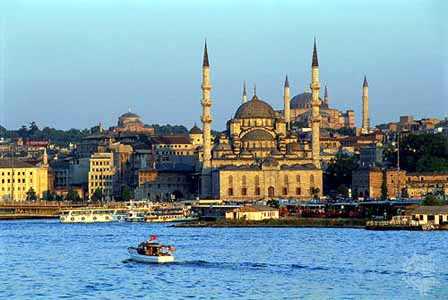 Gallipoli was bound to fail in the purpose of God. The Anzacs weren’t going to stop at Gallipoli. The next stop was Constantinople, which was going to be given to Russia. In the terms of Bible prophecy is was too soon for Russia to occupy the ancient capital of the Eastern Roman (Byzantine) Empire. When Russia does occupy this ancient city, she will be “king of the north” (Daniel 11:40-45) and will then invade Israel and occupy Egypt.

Last week, Pope Francis commented on the killings of the Armenians in 1915, calling it a genocide.

This has infuriated the Turkish authorities. They have withdrawn their ambassador from the Vatican. and said this comment was “a modern reflection of the crusader wars launched in these lands for centuries” (The Press 18 Apr 2015).

In 1096 Pope Urban II ordered the crusades to secure the Holy Places. For several hundred years the people in the Middle East were attacked, butchered and even eaten. Agreements made were not kept by the Crusaders. Historians point out that the Middle East people never forgot this, and see Western interference as another attempt to invade. Osama bin Laden called the American invasion in 1991 “another crusade”.