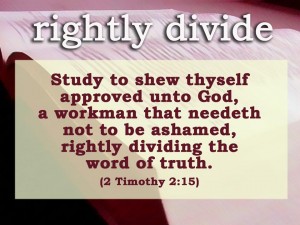 Why are there so many sects in Christendom?”  Their number calls forth the derision of unbelievers and causes grief to the devout.

When the apostles taught, Christianity began with a single “sect” which was said to be “everywhere spoken against” (Acts 28:22).  If the teachings held by its members had remained exactly as they were given by the first teachers, there is at least a chance that it would have continued to be one “sect”.

As the Christian teaching was preached throughout the world, it became melded with local ideas and customs.  Books copied laboriously by hand were too expensive for people in general to own.  Also many people could not read and so relied upon their teachers.  In the days of the apostles, the original teaching began to be corrupted.   The Apostle Paul strenuously opposed ideas which would have made the resurrection of the dead unnecessary (1 Corinthians 15:12-20).  At the end of his life, Paul was still combating those “who concerning the truth have erred, saying that the resurrection is past already” (2 Timothy 2:18). Some new converts, who had not fully learned Bible doctrine, retained the pagan belief in the immortality of the soul.

Paul taught that there would come a “falling away” and that “the mystery of iniquity does already work” (2 Thessalonians 2:3, 7).  He told the Ephesian believers, “Of your own selves shall men arise, speaking perverse things” (Act 20:30).  In both of his letters to Timothy he writes of times when “some shall depart from the faith” (1 Timothy 4:1) and when “they will not endure sound doctrine”, but will turn away their ears from the truth and turn aside unto fables (2 Timothy 4:3-4).

Nor is Paul alone in this.  Peter says, “there shall be false teachers among you who shall secretly bring in destructive heresies, even denying the Lord who bought them” (2 Peter 2:1-3 NKJV).  The letters of the aged John, written towards the end of the first century, are largely devoted to combating teaching which was already prevalent.  “Many false prophets have gone out into the world” he says (1 John 4:1).  “Many deceivers are entered into the world” (2 John 7).  He urges believers to put to the test those who come to them as teachers (to “try the spirits”) and the only standard by which they can be tested is the Word which God has already given through His Holy Spirit, that is the Scripture.

People at Berea were called “more noble” because they “searched the scriptures daily” to see whether the things they were told by Paul and Silas were true (Acts 17:11).  The only way to be sure what is right, is to go “to the law and to the testimony: if they speak not according to this word, it is because there is no light in them” (Isaiah 8:19-20).

Jesus rebuked some disciples for being slow to believe the prophets.  “Beginning at Moses and all the Prophets, he expounded to them in all the Scriptures the things concerning himself” (Luke 24:27).  Jesus used the Old Testament to teach his message.