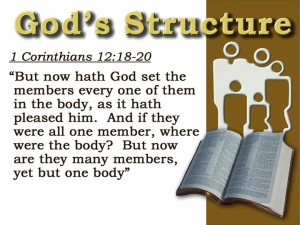 Christ had in mind the future disciples, who would be converted after his death and resurrection (John 17:20-22), and would grow in unity with God and himself.

The working together of the body of Christ involved teaching and guidance for the edification of the whole “body” so that “we all might come in the unity of the faith and of the knowledge of the Son of God unto a mature man…  and grow up into him in all things which is the head, even Christ, from whom the whole body fitly joined together…” (Ephesians 4:11-16).   The ecclesia would provide the environment for the spiritual growth and health of all the members.

The word “ecclesia” is used in the Bible to identify the community of the believers.  It is generally translated “church”, but has quite a different meaning to church.   It means (“to call out”), so the disciples are those who have been called out from the world, to serve the living God.  (Acts 15:14)

There is no central organisation established.  Each ecclesia is autonomous – each group of elders looks after their own ecclesia, which is a fellowship unit in its own right and governs all (even visitors) who come within its orbit of influence. The Lord’s separate assessment of the seven ecclesias in Asia (Minor) shows each was responsible for its own meeting – not called to account for another.

Thereafter, the choice of those to take office was in the hands of ecclesial members. Acts 6:3-5.  They were instructed to carefully select their leaders.  (1 Timothy 3) 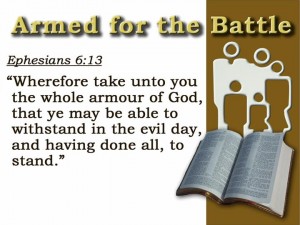 a) preaching the Word of God.

The believers had a responsibility to proclaim the purpose of God,  to give the opportunity to all to share in the knowledge and blessings God had promised.  There was also the responsibility to warn of impending judgment – “God hath appointed a day when he will judge the world in righteousness”  (Acts 17:31)

b) care of the believers

As members of “one body”, there was a need to consider each other for the purpose of the health of the body, that the work of Christ might proceed.  This mutual care began at Pentecost (Acts 2:44-47).

Later, the practice of full immersion was distorted.  Sprinkling became acceptable, and eventually children were “sprinkled”.  It became known as “christening”.  There is no Biblical record of children being baptised.

2)         Breaking of Bread – This ceremony was instituted by Christ on the night before he died.  It was held at the conclusion of a meal, and involved the eating of bread and drinking of wine, after having given thanks for both.  This ceremony was in the words of Christ “in memory of him”  (Luke 22:15-20).  It is not re-enactment of the Lord’s sacrifice (the doctrine of trans-substantiation).  There is only ONE sacrifice of Christ (Heb (10:10-14). 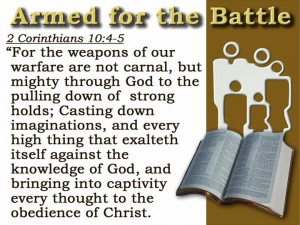 2)      Give attention to reading, exhortation (1 Timothy 4:11-13;  2 Timothy 1:13). Bible study and meditation are essential.  The expositions of Peter, Paul (in both the book of Acts and their epistles) and John (in his epistles), show the detailed explanation of the Word of God.  It has to be remembered that the New Testament was not yet in existence – their teaching manual was the Hebrew Bible.  They frequently referred and alluded to Old Testament teaching.  In fact, it is not possible to understand the message of the New Testament without the Old Testament.  Better Bibles have a central margin containing many direct and indirect references.  The use of a concordance can identify other themes and subjects.

4)      The business affairs of the ecclesia and appointments (Acts 6:5).  The working together of the members of the body required their full participation.  Acts 6 shows that the appointment of officers was with the whole consent of the “multitude”.  This shared responsibility is necessary to the functioning and building up of the body of Christ (Ephesians 4:11).

The New Testament teaching warns against formalism and liturgy, which evolved after the apostles had passed off the scene.  Formalism and ritual had been the problem of Israel  (Matthew 15:6-9).  However, history shows that the Church was given position and privilege and property by Constantine, when he removed the capital of the Roman Empire to Constantinople.  The Lateran Palace formerly occupied by the Caesars and the imperial throne were inherited by the Roman Bishop. The church leaders have been seekers of power and influence ever since. Over a period of several hundred years, they invested themselves with power and titles (Pontifex Maximus, a papal title that was once a title of the Caesars).

Their organisation and ceremonies are far removed from the simple meal the Lord instituted.  The liturgy and traditions of the Catholic Church are not of God, but of men.  (This had been a problem with the Jewish rulers in the days of Christ – Matthew 15:3,9).  This was part of the prophecy of the Apostle Paul, “of your own selves shall men arise, speaking perverse things…to draw away disciples after them” (Acts 20:30).

Next lesson:  The Disciple and Personal Conduct – we are called to a moral way of life, being holy in all that we do.